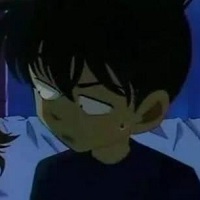 An example for the git installation in Linux

An example for the git installation using conda

How to use conda

Sets the name you want atached to your commit transactions

Sets the email you want atached to your commit transactions

Downloads a project and its entire version history from github

or init the current folder

stage files (in the current folder) into the repository

Unstages the file, but preserve its contents
Like un-add one of the file

Changes the file name and prepares it for commit

record the staged files permanently in version history
DO COMMITS

Discards all history and changes back to the specified commit

Browse and inspect the evolution of project files

List all of the files in the current repository
A text file named .gitignore suppresses accidental versioning of
files and paths matching the specified paterns

Lists all new or modified files to be commited

Shows file differences not yet staged
It works only when you have add this file
but now you change it without adding again
exit the environment.

If it is staged (git add), you can not see
the difference anymore. But you can use this
command to see the file differences between staging and the last file version

Outputs metadata and content changes of the specified commit

Lists all local branches in the current repository

Jump to another branch, or creates a new branch and jump (if not exist)

Combines the specified branch’s history into the current branch

Restores the most recently stashed files

Discards the most recently stashed changeset

Downloads all history from the repository bookmark

Uploads a specific branch (dev) to GitHub, if there is no dev branch in GitHub, a new branch will be created

git: an open source, distributed version-control system
GitHub: a platform for hosting and collaborating on Git repositories
commit: a Git object, a snapshot of your entire repository compressed into a SHA
branch: a lightweight movable pointer to a commit
clone: a local version of a repository, including all commits and branches
remote: a common repository on GitHub that all team member use to exchange their changes
fork: a copy of a repository on GitHub owned by a different user
pull request: a place to compare and discuss the differences introduced on a branch with reviews, comments, integrated tests, and more
HEAD: representing your current working directory, the HEAD pointer can be moved to different branches, tags, or commits when using git checkout